Live A Life That Will Make Your Grandchildren Proud
LOGIN REGISTER
FIND US!
Our Sections
Navigation
A Portrait Of My 92 Year Old Grand Mother With An Iphone
Previous
RANDOM
Atlanta Hawks Playoff Chalk Talk With Dominique Wilkins And Dikembe Mutombo
Next

How Mother’s Day Came To Be 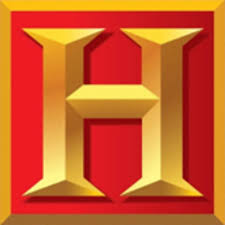 Maybe it’s just me but I tend to think that holidays just happen. The government says, “today is going to be so and so day because . . . .” or a city or culture grabs an idea out of thin air and makes a certain day or week special. Well that’s not the case with most of our American holidays and it’s not the case with Mother’s Day. Mother’s day started out as a local remembrance for those Mom’s who lost their sons in the American Civil War and ended up as a national holiday with the stroke of the pen from FDR.

In 1868 Ann Jarvis created a committee to establish a “Mother’s Friendship Day” whose purpose was “to reunite families that had been divided during the Civil War“, and she wanted to expand it into an annual memorial for mothers, but she died in 1905 before the celebration became popular.

A Mother’s Day observance on May 13, 1877 was held in Albion, Michigan over a dispute related to the temperance movement.

Anna Marie Jarvis, following the death of her mother Ann Jarvis on May 9, 1905 with the help of a merchant created Mother’s day as we know it today.

A service was help on May 12, 1907 in the Andrew’s Methodist Episcopal Church in Grafton, West Virginia where Anna’s mother had been teaching Sunday school.

On May 8, 1914, the U.S. Congress passed a law designating the second Sunday in May as Mother’s Day

On May 9, 1914 President Woodrow Wilson issued a proclamation declaring the first national Mother’s Day as a day for American citizens to show the flag in honor of those mothers whose sons had died in war.

like
Posted In
Family, Stuff
Tags
Peter
You might also like
FamilyStuff
Mega-Million Lotto: How To Loose Your Family And Go Bankrupt For A Dollar
Watch This Video, Get A Full Heart, And Share Your Thoughts
How To Get $100.00 From Me For My Birthday*
Cody Deese Of Lead Next Photo Shoot Part 2
What Winnie The Pooh And Carter Beauford (Drummer For Dave Matthews Band) Have In Common
Comments
Leave a response